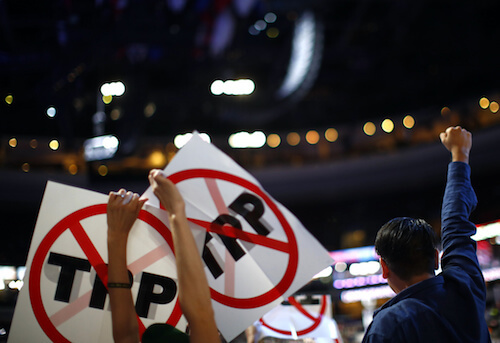 Will the work that went into negotiating the Trans-Pacific Partnership (TPP) go to waste?

The agreement cannot come into force unless ratified within two years by economies that constitute 85 per cent of the total GDP of the 12 members. This makes ratification by the United States and Japan indispensable. While President Trump is not noted for consistency of purpose, the prospect that he will not only reverse his stance on the TPP but also secure Congressional approval within two years is surely nil.

Ft: Uk Must Sign 759 Agreements Just To Stay In The Same Place After Brexit

Most of the agreements involve trade and regulatory coordination. But the big idea, as I’ve noted elsewhere, is that even as bilateralism appears to be on the rise in systemically important countries, it is far from easy to operationalize. The story is here. 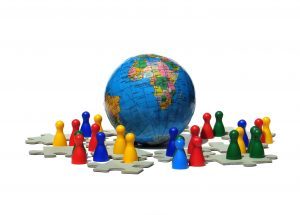 At last month’s meeting of Asia-Pacific states, US officials reiterated one of the less noticed positions of the 2016 Presidential campaign: we’re willing to talk trade with pretty much anyone, but only bilaterally. Regional deals aren’t really in the cards.

The change in tactics may seem minor, but the consequences for international economic law and diplomacy are already proving to be enormous. In his initial days in office, Mr. Trump pulled out of the TPP, put TTIP negotiations on hold and, after threatening to withdraw, called for the renegotiation of NAFTA. And, for now, the 190 member-plus multilateral Paris Agreement is off the table. These moves reflect a populist disquiet with regionalism present in a number of other countries, and most notably the UK, as epitomized in its withdrawal from the European Union.

The new Administration has been lambasted by critics for the setbacks the moves could mean for US interests, but bilateralism isn’t without its upsides. Trade deals always have elements of the unexpected, and the more countries that sit around the bargaining table, the more unpredictable the outcomes of any accord will be. Bilateralism, to its credit, limits the downside risk present in larger agreements—and is popular for the same reasons regional deals gained favor over multilateral forums like the WTO in the 2000s.

I’ve written before that small deals can also make it easier for countries to “get to yes.” For one, fewer issues may need negotiating. For example, a US free trade agreement with the United Kingdom would not necessarily require an investor-state dispute settlement mechanism since both countries have a shared legal history and a high degree of trust in one another’s judicial systems. Furthermore, when dealing with emerging economies, the stronger country—invariably the US—would be well positioned to push (if it so wished) policies that reflect US interests like modern labor standards, currency manipulation and robust rules of origin.

That said, bilateralism comes with risks. Bilateral deals by definition require that a country’s leaders move individual treaties and agreements through local legislatures. The US experience has proven, however, that small deals are nearly as difficult to get through Congress as regional and multilateral accords. The bilateral Korean and Colombian treaties languished for years before being ratified. Pursuing an express policy of bilateralism would probably end up taxing an already overwhelmed legislative calendar with little to show for it.

Another problem is that bilateralism rarely creates straightforward rules for the global economy. Because they are negotiated individually, bilateral accords can entail very different tariffs and country obligations, and when all the negotiations are finished you end up with a hodgepodge of commitments understandable only with the help of advisors. It’s a boon for lawyers—but likely an albatross for start- ups and small businesses with fewer resources to navigate the global minefield.

Finally, some deals are only possible with the involvement of multiple countries—think of a multiplayer, multi-team deal in an NBA trade as an apt analogy. In North America, for example, Canada, the US and Mexico have developed complex regional value chains that in some instances can only be enhanced trilaterally. So you get NAFTA’s three party structure. Additionally, some problems (like the protection of the environment) require the participation of large numbers of countries to solve, and bilateral deals with varied standards may not, even collectively, be robust enough to have a meaningful impact on the behavior of governments and market participants.

Consequently, how the US goes about negotiating can dictate outcomes. Because of the limited bandwidth and resources countries have to conduct and process their foreign affairs, bilateralism requires prioritizing relationships in very explicit, and potentially embarrassing ways. And when combined with undoing pending regional accords, it probably entails slowing and perhaps even reversing the pace of cross border trade liberalization. In a world skeptical of globalization, and prepared for “glexit,” maybe that’s good enough. But make no mistake, there is also something deeper than global capitalism lurking not far under the surface—the substitution of Post-War aspirations of universal cooperation with a vision of global relations predicated on more narrow spheres of economic influence. Therein lies more unpredictability than any agreement made—or rescinded—thus far.