Randal Quarles is seen by European central bankers as somebody who could help break the deadlock on global capital rules. Regulators were close to a deal in Santiago, Chile over a year ago. But Trump has leaned against global agreements since his campaign. Why are central bankers optimistic?

The United States, Mexico and Canada are gearing up to re-negotiate NAFTA. President Trump is calling for a smaller trade deficit (the trade deficit from the U.S. to Mexico is $64 Billion).

Mexico relies heavily on the U.S. because 80% of its exports are sold to the United States. Mexico’s economy minister argues if NAFTA is abandoned, the U.S. trade deficit could rise even higher.

Top trade negotiator Robert Lighthizer softens stance with initial threats to pull the United States out of its trade pact with South Korea, reportedly in the wake of loud opposition from Congress, farmers and business people. Frictions, however, persist.

In a wide ranging conversation on Russia, North Korean and Venezuelan sanctions, David Cohen speaks with IIEL Faculty Director and Georgetown Law professor about US sanctions strategy in both Obama and Trump administrations for CSPAN. In the discussions Mr. Cohen discusses bilateral sanctions, and how sanctions approaches can be multilateralized.

In regards to the TPP, Trump fulfilled one of his campaign promises right out of the gate by withdrawing the U.S. from the Trans-Pacific Partnership. Trump has long maintained his stance against multilateral trading agreements.

He’s been in favor of bilateral trade agreements. And maybe even minilateralism.

However, multiple Latin American countries are potentially in favor of the TPP, even without the United States, though not all. 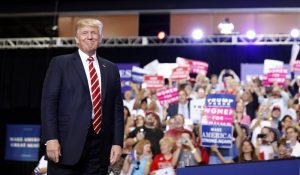 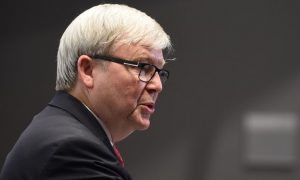 Yet he also predicts that sanctions on China, one of North Korea’s few allies, could impact, Australia’s economy perhaps severely.

Minilateralism deals  with a limited number of participants and with specific issues. Bilateral agreements are usually more sweeping… of course between two countries instead of multiple countries/parties.

See what Chris Brummer has to say about the EU, Japan bilateral agreement.

UK to Maintain Free Trade with Poorest Countries after Brexit

The UK’s policy is a break from the trade policy likely to be pursued by the United States. Of course, whether the tariffs talked about in the U.S. actually get implemented is yet to be determined.

Cookbook of the Renminbi with Chris Brummer

China is a global powerhouse and the second largest economy. They saw tremendous growth in GDP again in June. Their premier and official position is they’re confident in continued economic growth. They’re also confident they can handle and manage any financial risks to the renminbi.

Here’s an interview from a couple of years ago where Dr. Chris Brummer talks about the renminbi and China’s rise and place in the global economy.

Keep reading for more about finance and Chris Brummer’s take on minilateralism.